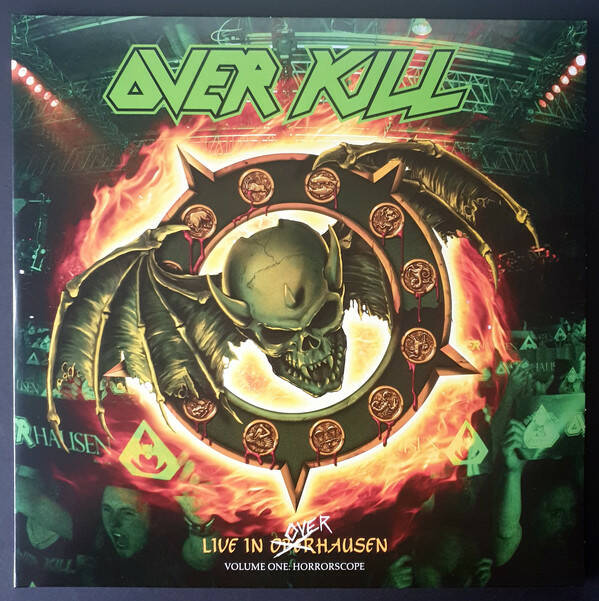 The band known for rejecting several names, which includes "Virgin Killer", this new band finally settled on "Overkill", naming themselves after a Motörhead album.
Overkill were formed in New Jersey when a previous D.D. Verni/Rat Skates (real names: Carlos Verni and Lee Kundrat - the stage names were tributes to favourite punk bands, the Ramones featuring Dee Dee Ramone, and the Damned, featuring Rat Scabies... Bobby Blitz was taken from The Dead Boys' Johnny Blitz!) project, a punk band called The Lubricunts, broke up in 1980. (There's a picture of the Lubricunts demo cover in the Wrecking Your Neck liner notes.) D.D. quickly wanted to form a new band, so he put out an ad which was answered by guitarist Robert Pisarek (who came up with the name Overkill), but he was quickly replaced by Dan Spitz and Anthony Ammendolo.